The efficacy and safety of the Control-IQ hybrid closed-loop system, powered by Dexcom G6, was evaluated in a multi-centered, randomized, and unblinded study.1 The researchers randomized 168 participants with type 1 diabetes (T1D), ages 14-71, 2:1 to the Control-IQ system or sensor-augmented pump therapy. The primary endpoint of the study was percent time in range (TIR; 70-180 mg/dL). Over the six months of the trial, the following outcomes were observed in the Control-IQ users:

The glycemic benefits that users achieved after a month of using on the Control-IQ system were sustained over the entire six months. The mean time in range was 71% for the study group, which meets internationally endorsed consensus targets for time in range.2 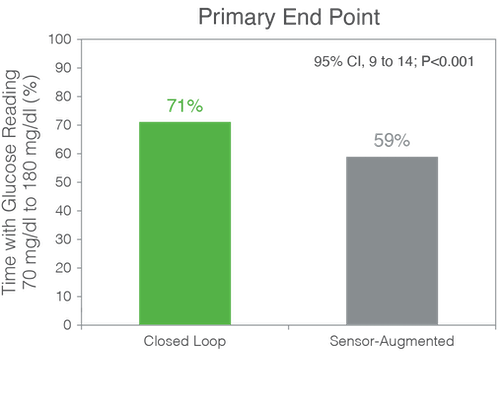 The Wireless Innovation for Seniors With Diabetes Mellitus (WISDM) study, published in the Journal of American Medical Association in 2020,1 was one of the first randomized control trials to assess...